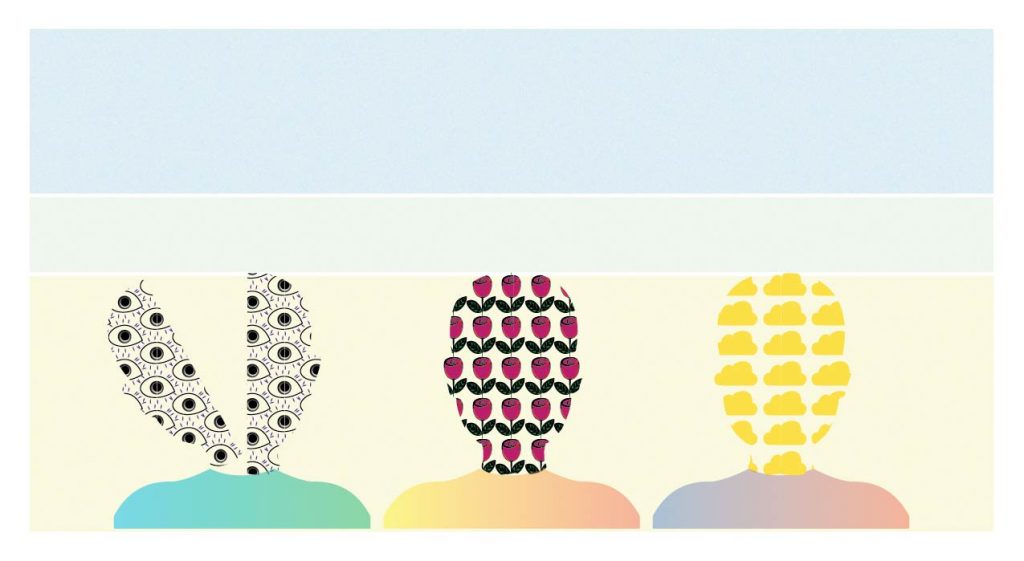 For the better part of a decade, I immersed myself in social justice causes. I was an obedient disciple, absorbing everything I learned along the way. I made sure I kept myself up-to-date with the latest social justice jargon, even when it was confusing and contradictory (though I wouldn’t admit to it at the time).

When the concept of the ‘lived experience’ became popularized, I had been working with an organization that served the local immigrant and refugee population. The way I saw it, the lived experience refers simply to a person’s unmediated, direct experience of the world they live in. By applying the lived experience model to our marginalized clients, we were able to better understand their needs, and give them concrete tools to adjust to their new lives in Canada. I understood the value of objective data, but it wasn’t particularly useful when it came to directly supporting the individuals I was working with. The lived experience model also helped us meaningfully capture feedback to ensure we were delivering on our mission. Unlike other social justice terminology, the lived experience was one of the more useful terms that increased our understanding of one another and actually helped us in our work.

The ‘Lived Experience’ as a Tool for Persuasion

This ideological component is an important part of funding you don’t often hear about. Government funders are making decisions based not on need, but on fleeting social justice trends steered by social justice ideologues. Because these trends have expiration dates, the result is haphazard programs that primarily serve to boost an organization’s reputation, not the marginalized groups they purport to help.

At the settlement nonprofit, we had funders tell us they want to see more services for Indigenous people (they failed to clarify whether the focus should be on reconciliation, social services, advocacy, etc.). Months later, they wanted to see more support for people with disabilities (again, they failed to clarify what kind of support should be offered). Soon after, there was a big push for more LGBTQ+ programs, even though we still had plenty of room for participants in our existing LGBTQ+ programs. In the funder’s eyes, these marginalized groups were seen as monoliths with the same needs, interests, and ability – ironic considering the purpose of the lived experience is to steer away from these facile assumptions.

Why Exclusion is Necessary to Serve Marginalized Groups

This catch-all inclusion strategy is completely unfeasible for organizations who already have very little resources to spare, and for others who necessarily exclude some groups to better serve others. This is why issue-based organizations are the most effective, but unfortunately not as popular –  precisely because they are viewed as exclusionary and thus discriminatory to the lived experiences of other marginalized groups.

Organizations who refuse to play the game run the risk of losing their funding. For example, the Vancouver Rape Relief shelter – an anti-rape center and transition house for women who have experienced male violence – was stripped of its funding from the City of Vancouver after it refused to revise its policy of serving women only.

For years, the shelter was in the news for its ‘discriminatory’ policy because a minority of people cried the loudest about the alleged injustice, and city councilors responded in kind to save face and boost their own image. But this policy necessarily excludes men in order to effectively serve women. It’s not a policy based on exclusion, but based on need. The councilors saw differently. For them, true equity meant giving men access to one of the only safe spaces left for women fleeing male violence.

This begs the question: How does one evaluate who is most deserving of funding if applications are primarily based on subjective experiences? Inevitably, funders have to develop a method for selecting successful applications. Many nonprofit professionals and activists scoff at critics who denounce the ‘ladder of oppression,’ but if applications are based on subjective experiences, then funding decisions can no longer be made by assessing quantifiable data. Instead, they’re rooted in biased, subjective decision-making that does not reflect actual needs or objective trends. Qualitative information may sway funders in a certain direction depending on where they may stand politically – and what they stand to gain.

Generalizations are ‘Triggering’ in Today’s Climate

At the same time the lived experience model was being legitimized as a key tool to measure data, the concept of generalizations was waning in popularity. Previously, generalizations were viewed as a helpful categorization tool, unlike stereotypes, but now they are deemed to be just as harmful.

In the training, the facilitators repeatedly emphasized the importance of framing conversations around personal experiences in order to ‘recognize diversity.’ If someone brought up a generalization, we were encouraged to acknowledge the statement and call it out (other participants called it an ‘uh oh’ moment). It was repeated, again and again, that generalizations are wrong because they could be ‘triggering’ and dismiss ‘other people’s beliefs and practices.’ To them, the lived experience was the most legitimate way of knowing – no other way of knowing yields as much deference as this.

The disdain towards generalizations is no surprise, considering our marked turn towards cultural relativism. If every opinion and belief is valid, then we cannot possibly come to any common agreements to form a cohesive, fully functional society. And this is precisely why we are unraveling. We are struggling to find shared commonalities, including in our values system, moral framework, and culture.

But generalizations – as ‘triggering’ as they may be – help us make better sense of the world. Through trends, patterns, and analysis, generalizations are created to better understand, not judge. In contrast, stereotypes are rigid, presumptuous, and harmful; they’re used to make negative judgements about a certain group of people, and in doing so they limit our understanding of others.

The purpose of generalizations is to capture meaningful trends to help inform us, navigate our lives, and learn how to interact with different people. Generalizations tell us how a certain group of people might behave; they’re not definitive assumptions.

How the Lived Experience Breeds Compliance

After my training, once I started hosting conversations, it quickly became apparent to me how relying on the lived experience can inhibit and stifle dialogue. Since we were encouraged to share our personal experiences only, it would have been in poor taste to question each other’s experiences. So we naturally defaulted to either acknowledging or affirming one another. (I began to understand why the affirmation model seems to be the most readily acceptable format for conversing with social justice ideologues).

As a result, conversations were veiled in artificial niceties designed to fill in the suffocating gaps of silence. These conversations never advanced any sort of common understanding, nor did they challenge pre-existing beliefs. They didn’t even spur any disagreements, since we were encouraged to defer to each other’s experiences.

Another downside of validating every lived experience is that unethical or morally egregious behavior is validated, too. Delusions or mental illnesses are also normalized, and go unquestioned. Since lived experiences have become a cultural mainstay, questionable or depraved behaviours are more readily accepted in society, like allowing male rapists to be housed with women in prisons, or rebranding pedophiles as MAPs (minor attracted persons) to euphemize degeneracy. People with illnesses in need of treatment may be told they’re not sick at all, but rather they’re enduring a uniquely human experience that, if invalidated or dismissed, may actually cause more harm than the illness itself.

This brings up a few considerations. How reliable is someone’s retelling of their own lived experience if they suffer from trauma, an illness, or another issue that prevents them from accurately describing their experience? And since we can only relay our own experiences, how can we be sure that what we are experiencing is not a widespread trend, but an isolated, disparate case? How can we make sense of trends when every experience is as diverse as the one before it?

Conversations where the lived experience takes precedence breed compliance, agreeability, and groupthink. These conversations only exist to affirm, not challenge. The goal of ‘bridging divides’ then becomes impossible, because the framework for having said conversations is inherently flawed.

Currently, the lived experience is used as a tool to manipulate, confer legitimacy, and advance one’s own social standing. But it should be used sparingly, and in conjunction with other objective data. Without other ways of knowing, we risk producing real life echo chambers that limit our own understanding, and prevent us from actually moving towards a common understanding and bridging ideological divides.