Canceled for disagreeing with the BLM organization: Tabitha Morris

Canceled for disagreeing with the BLM organization: Tabitha Morris

Tabitha’s views do not represent my own or those of Plebity. In fact, I expressly disagree with Tabitha’s comments in her original video about BLM. Interviewing her does not mean I endorse her sentiments or agree with all of the views she stated in our conversation. However, I support her right to voice her opinions, and hope that more calm, reasonable discussions can help improve the tone of the national conversation. I also consider it crucial to engage with people who have diverse points of view and this is what I hope to do on Plebity. -Sasha 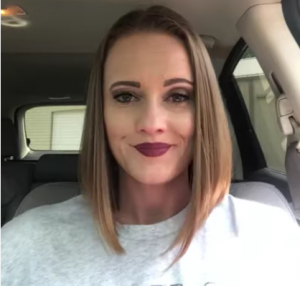 On June 9th 2020, Tabitha Morris posted a video on Facebook in which she stated that she does not support the Black Lives Matter organization. When the video went viral, Tabitha’s place of work, a Kentucky hospital, received a flood of complaints and threats, and fired her from her job of twenty years.

Tabitha has been campaigning to end ‘at will’ employment which means that in many instances an employer can fire an employee for any reason that they want. This is an issue that Tabitha and I were able to find common ground on because this affects all people who are in danger of losing their jobs when the mob decides that they said something undesirable or unforgivable.

In her conversation with me, Tabitha says she was angry when she sat down to make that video, and adds that she “should have used a different tone.” She doesn’t apologize however, for the opinions she expressed, which she discusses again in this interview. The original video is accessible online.

The response to Tabitha’s video prompted catastrophic repercussions for her. She has been unable to find a new job that is equal to the one she lost, unable to procure a lawyer who will represent her, and has been plagued by intense harassment, including threats of rape against her daughters.

In this interview, Tabitha speaks about her views on the issues, her experience at the hands of an online mob, and her current campaign against at-will employment.