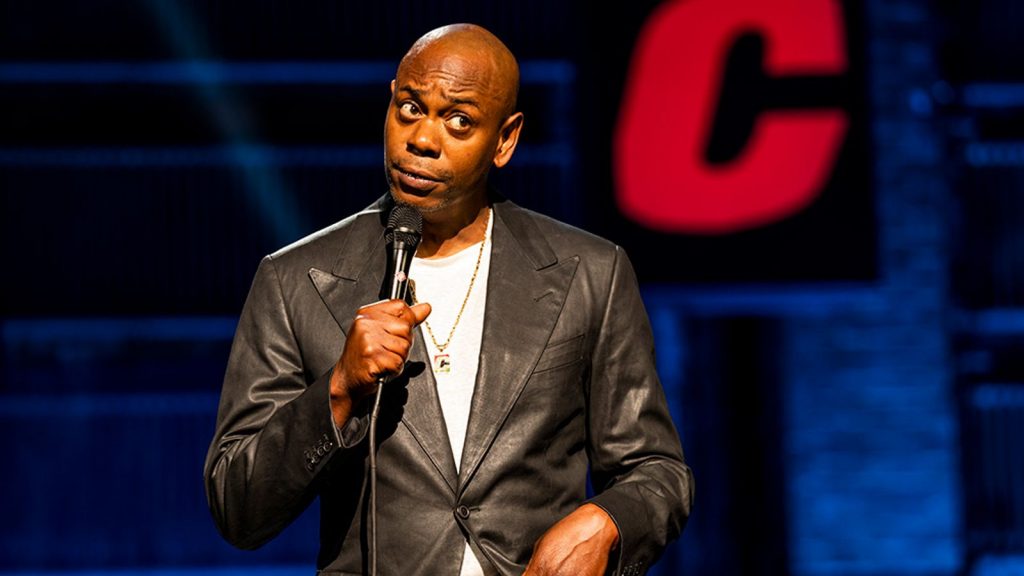 There is something to say when an insult comic whose storied career is renowned for who and what he is willing to go after, becomes the topic of cancel culture. One would have to be living under a rock on Mars to have missed the screeching cries of trans activists and woke liberals calling for an end to the comedian’s career.

What did Chappelle do or say that could have provoked such a response, you might ask? Well, it’s simple: Chappelle made fun of the LGBTQ community, specifically the trans community in his last special, “The Closer”. The response has been near-universal condemnation of Chappelle by liberal news outlets, woke comedians, and of course trans activists. The standard line is that transgender people are uniquely “vulnerable” and “marginalized” and that to joke about trans individuals is to cause “harm” to a supposedly neglected community. This line of attack begs the question: How exactly is the trans community neglected or oppressed?

A marginalized community is defined by having neither representation nor many defenders in the social and political sphere. Blacks, Jews, Irish, Muslims, communists, socialists, and homosexuals all have felt the lash of marginalization at some point in the US. The question is how are trans individuals marginalized?

When a group is marginalized they have few if any people willing to listen to them. Black Americans, for example, suffered laws made to exclude them from society. They suffered from segregation, housing and loan discrimination (still do), employment discrimination, and the infamous Jim Crow laws.

Muslim America has been under surveillance since 9/11. To this day there are still American public officials who declare Muslims a threat to the safety of the US and want Muslims to be ineligible to serve in public office. Police have undergone anti-Muslim training programs that teach that Muslims are a subversive element of society and incompatible with US laws and values.

After Netflix released “The Closer”, the organs of power rumbled to life as trans activists and their allies moved against this Black Muslim man with frightening speed and ferocity. Soon, Dave Chappelle found himself being slammed daily by journalists and reporters. Comedians Marc Maron and Hannah Gadsby attempted to make themselves relevant by attacking Chappelle. Maron’s take was downright embarrassing, with him admitting that he had never watched the special (thus vindicating Chappelle’s statement about his critics), and referring to Chappelle derisively as a “straight older man”. I guess leaving out that Chappelle is Black and Muslim allowed Maron to lecture us all in his self-righteous fury for social justice.

What is relevant is that a supposed marginalized community has so many political and corporate backers. The media covered this event as if Chappelle had walked in and screamed for the blood of transwomen. Despite his kind and moving words about Daphne Dorman and his reassurance that he does not hate trans people, Chappelle had done the unforgivable. He not only questioned transgenderism and told jokes about transwomen, but he had declared himself Team Terf while defending billionaire author J.K. Rowling and declaring that women actually exist.

Now, despite the trans community, media, and celebrity reaction, Dave Chappelle has been unrepentant—but it is noteworthy that even the “GOAT” of comedy has found himself disinvited from film festivals and his documentary dropped. In other words, though Chappelle stands tall it would be a mistake to think that he has in any way won. No, comedy has been the victim here, and comedians now know that if they say one joke about this community then they, unlike Chappelle, will be bagging groceries at Walmart instead of telling jokes at the Hollywood Improv.

This is the real show of power by this supposedly marginalized community. Their attack on Chappelle, their walkout/protest of a hundred against Netflix, their insane demands, and their celebrity backers all ensure a culture of silence will descend upon the realm of comedy while this community appropriates the status of the oppressed. No, this community is not marginalized. If the Chappelle Crisis has shown us anything it is that trans activists wield the power of the oppressor as they do everything in their quest to be the exceptional community in a sea of marginalized people.

Nesim Vatani
Nesim Vatani specializes in American culture, foreign affairs, and the modern gender crisis. You can find more of his work on his Substack: https://notesfromtheunderground.substack.com/