A Story of Fake Photojournalism: The Book of Veles, Real Euros for Fake News

A Story of Fake Photojournalism: The Book of Veles, Real Euros for Fake News 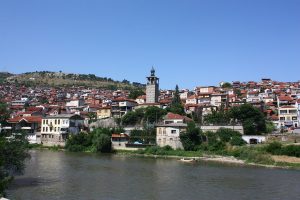 When disbelief of the media is at an all time high and rising, does a fake story passed off as real serve as a useful wakeup call to make us more vigilant? Or is it more akin to Peter and the Wolf by reminding us to never believe what we see, until the day we are confronted with something real and important which we reflexively dismiss as another fake.

This fake news story begins in Veles, a small city of 40,000 people in Macedonia. Veles became widely known in the Trump election of 2016 as a production center for false information websites. Presumably, there were hundreds of fake news websites developed by some people in Veles that generated income from ads.

Along came Norwegian photographer Jonas Bendiksen. He decided to create a fake news story about the town of Veles, to pass it off as real in a book he published, to the Magnum photo agency and to the prestigious photojournalism festival Visa pour l’image in Perpignan, France.

Finally, in a recent interview published by the Magnum Agency – the very people Bendiksen lied to and misled, he explains step by step how he created the material for his book out of whole cloth. The people in the photos he took in Veles were not only a little fake, they weren’t even pictures of humans at all. They were avatars he purchased online and inserted into his photos. The text of the story that accompanied the photos was also fake – written by freely available Artificial Intelligence software.

The idea for this project apparently came from an unusual form of Trump Derangement Syndrome. Bendiksen noticed the increased attention being paid to fake news, specifically coming from Macedonia and its supposed influence on the American election of 2016.

When he looked more closely at the town of Veles and its history he also found out that the name Veles had a historic link to trickery. Veles was a pagan god from the pre-Christian era, a shapeshifter and magician. According to Bendiksen “he would have been quite happy about all the fake news coming out of the town bearing his name.”

And then he also learned about The Book of Veles, ‘discovered’ in 1919, a sacred Slavic text with mysterious runes presumably found by a Russian army officer named Fyodor Izenbek. The book has become popular in some Slavic nationalist circles but it turns out is itself a forgery and fake.

“The myriad layers of chaos and misinformation, all centered around either the God Veles or the town Veles – things that weren’t really related, but still so serendipitously interlinked by name. Now it became absolutely irresistible to try to play around with. What was real and what was fake here? All sorts of people believed different versions of it.”  – Jonas Bendiksen to Magnum Photos

So, the history of fakery that surrounded Veles was ‘irresistible’ for Bendiksen.

He actually traveled to Veles twice. Or at least he claims that he did. He also claims that while he was there he took pictures…of empty scenes with no people so they could be his blank canvas for later manipulation.

Bendiksen bought avatars online. He posed them and dressed them and photoshopped them into the pictures of the town. For good measure he added some pictures of bears because the god Veles often appeared as a bear.

And the text that goes with the photos and which you can purchase for 60 Euros? Written by AI using software called GPT-2.  “I didn’t write a single word of it. I just cut and pasted various sequences it invented together so that it had a logical flow”, Bendiksen said in the Magnum interview.

“I have enjoyed it when people who have bought the book tell me how they enjoyed it, or what an important story I was telling. Obviously I like it when someone posts the book on Instagram saying it is good people are doing serious photojournalism like the Veles story. “

He also points out that throughout this project and including his trips to Veles he “… didn’t actually meet a single person who was connected to the fake news industry, nor did [he] try. “

Bendiksen’s book came out in April 2021. As he explains it, he waited for a reaction. To his surprise, he received positive responses, including offers to publish the images in magazines – presumably real magazines with real editors who were deceived by Bendiksen.

As he tells it, concerned that his fakery had gone undetected, he then tried to discredit himself on Facebook. He purchased a fake account named Chloe Miskin, a fake person presented as a resident of Veles and he used the account to “out” his project. The Miskin account posted on Facebook that Bendiksen had paid the people in the pictures to pose. Ironically, this didn’t work and  people came to his defense. So he moved to twitter, apparently a more skeptical toxic wasteland, and on Twitter, his disinformation campaign about his fake news project finally worked.

It was this fake Twitter account, using a fake profile picture taken from a fake picture in his real book that called him out as a fake. 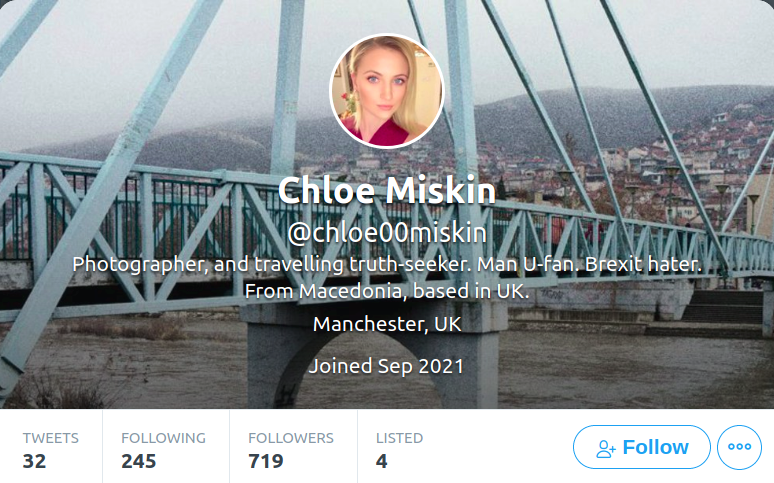 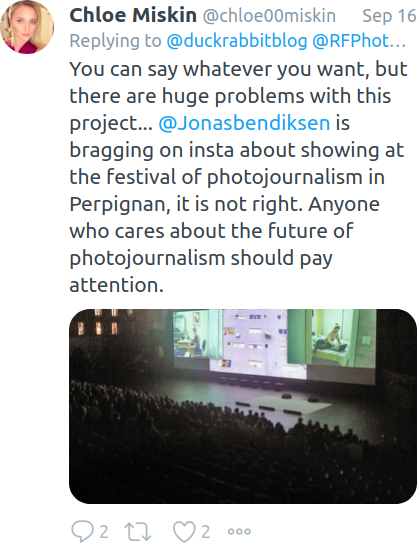 And his reply, among others of the same vein: 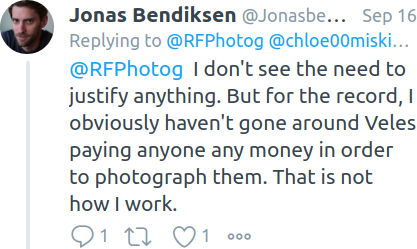 Bendiksen not only fooled his agency, Magnum, but he also went on and submitted his work to the biggest festival of photojournalism, Visa pour l’image in Perpignan, France where it was accepted at face value. He was invited to screen his (fake) images at the festival, having decided, according to his version of the story, that defrauding an industry festival was ‘legitimate’.  In his version he was performing a service for them that would help them “fix the loopholes and protect themselves against being taken advantage of..”

When the truth came out, the director of the festival had no choice but to apologize for having accepted Bendiksen’s photos. Trying to make lemonade out of lemons, the director announced that there would be a panel on the subject of ‘fake news’ at the next festival in 2022. 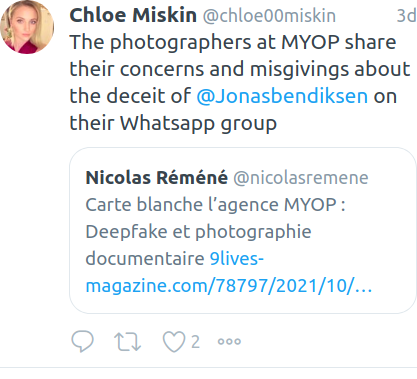 And Bendiksen is still pitching the book on twitter:

You can buy his book here for only 60 Euros, but they probably require the real thing and not counterfeit. The description on the product page (as of this writing) has no mention of the deceit but it does say this:

As intelligent as it is visually compelling, Bendiksen’s book examines historical and current efforts at both producing and guarding against disinformation and chaos. 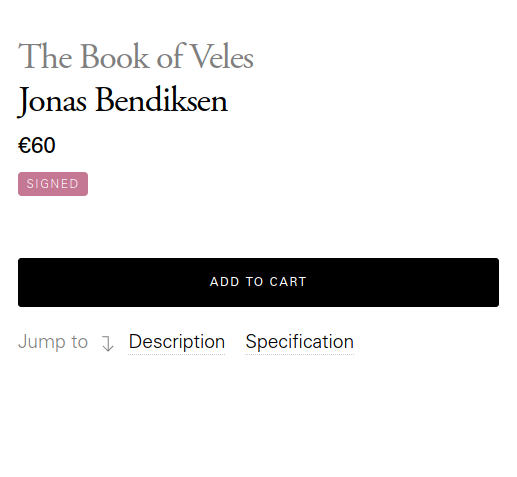 Here is Magnum describing the book they want you to buy, and if you see any acknowledgement of the deceit that forms the basis of this book your reading skills are better than mine. 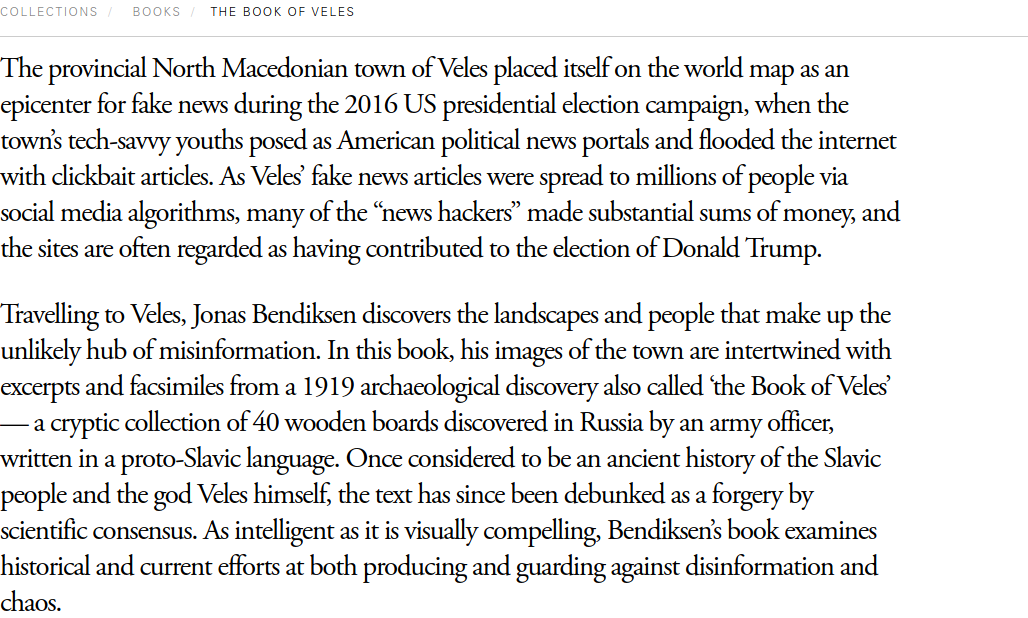 Does this project serve as some kind of brilliant wake up call about fakery and the need to be skeptical of all online accounts, or does it just serve to blur the line even more between any moral standards and online behavior?

“I think in the short term, seeing that I have lied and myself produced fake news, I have in some way undermined the believability of my work.” –Jonas Bendiksen

There is a disturbing, ethical missing piece to the story in the fact that signed copies of the book are still currently being sold on the Magnum website for 60 (real) Euros, with no explanation of the fakery.

In courtroom dramas a witness is considered to have discredited themselves on everything if they are caught in a lie about one thing. Trial attorneys love the chance to pounce when a witness has lied and ask ‘is the witness lying then or is he lying now’? And in fact, why should anyone consider Jonas Bendiksen’s explanations that he is providing now as more credible than what he said before. It is impossible to answer know his motivations because his own comments have no value. He pretended to defend the work with great apparent earnestness as he debated with his troll alter ego on the same keyboard. Why should anyone believe anything he says about this project or about anything at all?

Finally, what reason is there to think that throwing more fake news about fake news onto an existing and ever growing pile of fake news is some kind of enlightened coup that will alert us and make us more apt to recognize fake news?

Follow Plebity
If you appreciate this article and the work it represents please join our Patreon community and support the Free Speech Fund and help make it possible for Plebity to continue to do this work.
fake news Media