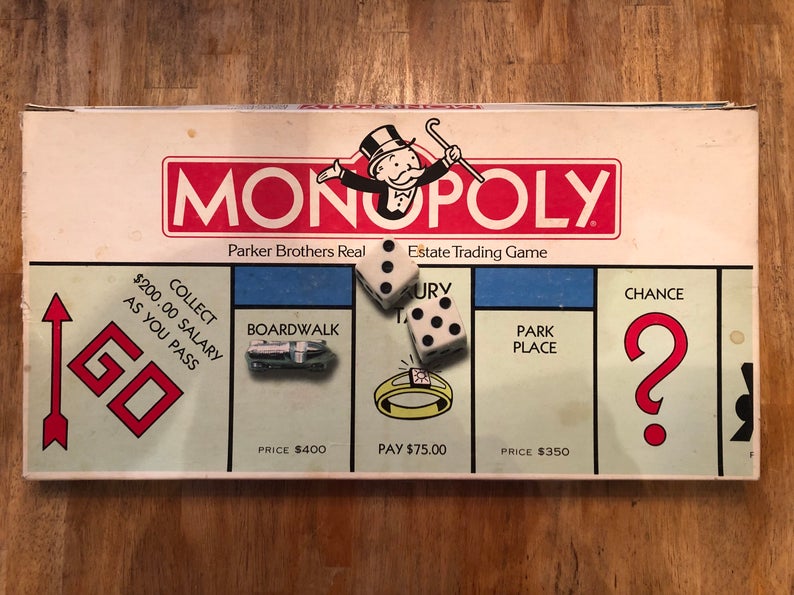 The southern farmers of the 1890s were lost in a cycle of debt, poverty and misery. They looked for a way out but were hopelessly surrounded and controlled by the financial industry, the railroads and the merchants who all acted together like prison guards to block attempts to escape.

“Where the farmers had their merchant, in our case, we have a small number of corporate monopolies from which we have no choice but to purchase the staples of our modern existence. Where they needed shovels and hoes and seeds, we need cell phones, medical insurance and car loans. To gain any sort of professional career we need to accept enormous and life-long student debt. These items aren’t luxuries except in the most technical sense. Without them we are unable to participate in modern society, hold jobs, get educated or raise children.” – When Populism Meant Collective Strength Against a Rigged System

There is a history of concern about corporations growing too large and too powerful. Such concerns are not meaningless disputes over small issues of policy. It has long been accepted on the left that unchecked accumulation of corporate power is a key feature of capitalism that should be resisted.

Along with other aspects of growing neo-liberal control over society since the 70s and 80s, broad concerns about the social effects of corporate size and power have withered. Official assessments of whether a monopoly exists are now based simply on whether consumer prices are lower and consumer convenience remains high. And as long as consumers are receiving short term superficial benefits, they will not be inclined to question or resist the domination of the 1%.

Lina Khan, current head of the Federal Trade Commission (FTC), gave a talk in 2019 at the Aspen Ideas Festival entitled “When is ‘Big’ Just Too Big.” One sceptical listener posed a question about Amazon during the Q&A that exemplified the arguments that are routinely mustered to justify our unconditional acceptance of domination in exchange for cheap prices and convenience.

“A large portion of my wealth is involved with Amazon. I use the company a lot. And I think it’s a wonderful thing. And even when they ask me, ‘do you mind when we channel your information’… I think it’s terrific because they know what I’m interested in. It bothers me that you are even contemplating breaking this company up.”

This focus on price and convenience prevents us from seeing the elephant in the room. The algorithms of big tech give a small number of people the power to both predict and to influence our future behaviors, a power that has never before existed in human history.

In 2008, when the financial industry collapsed, it became a widely held belief that government had been effectively captured by the big banks. The banks were considered ‘too big to fail,’ and the debacle of their failures and their shameless rescue (that we all paid for) starkly revealed how we had lost any ability as a society to control them.

Like the robber barons of old, the oligarchs of today have the wealth and power to lobby and control politicians and government officials. While those old patterns of monopolistic control may still be visible, there are aspects of today’s domination by these elites that take us into entirely new territory. Shosanna Zuboff’s book The Age of Surveillance Capitalism shows us the unprecedented power of big data. She named it surveillance capitalism and explains how the titans of Silicon Valley not only have the ability to watch us every minute of every day but have a growing ability to anticipate and manipulate our behaviors and beliefs.

A free society relies on the free exchange of ideas. This exchange of ideas takes place in our public spaces that should be equally open and accessible to all. Now, Silicon Valley-powered social media platforms have replaced our commons, our place of public discourse—what used to be the public square. Their algorithms increasingly have the power not only to extract our wealth but at the same time to control our speech.

As Paul Jay of theAnalysis.news recently put it when he found one of his own videos censured:

“It’s past time that YouTube and other such platforms are treated as public utilities with a democratic code of operation and publicly accountable supervision. The kind of censorship we are seeing here is just the tip of the iceberg of what’s coming.”  –Paul Jay

Monopoly used to be understood in a kind of one dimensional space, how a company may have gained dominance in its industry. However, today’s tech monopolies exist in multidimensions; they monopolize and control our data, they decide when and if to censor our speech, and they purchase government officials, the same ones charged with reigning them in. But our old conception of monopolies is totally inadequate to describe or understand the significance of today’s big tech companies.

The spawn of Silicon Valley shouldn’t just be broken up. This is an old fashioned remedy for a new unprecedented problem. Rather, ownership of the tech companies should be handed over to their workers, and they should be carefully and publicly regulated. This is a potential solution that has no political ownership in the old meaning of left and right. It is central to a new concept of populism reclaimed for the 99%.

There is a list of foundational principles that used to form the pillars of leftist beliefs. At one time this included ideals of free speech and belief in class struggle.

Another core principle was the idea that profit-seeking corporations should not be allowed to amass unlimited size and power.

Populists can and should unite around this issue.

When is ‘Big’ Just Too Big? – The Aspen Institute with Lina Khan
https://www.youtube.com/watch?v=XujlefsuTS0

Ida Tarbell: The Woman Who Took On Standard Oil

The Age of Surveillance Capitalism by Shosanna Zuboff

Why Is Clarence Thomas Attacking Google?

Follow Plebity
If you appreciate this article and the work it represents please join our Patreon community and support the Free Speech Fund and help make it possible for Plebity to continue to do this work.
Capitalism class consumerism economics Populism