Controversial online forum Kiwi Farms has been getting a lot of attention since trans Twitch streamer and Communist party member and organizer Clara Sorrenti organized a campaign using the hashtag #DropKiwiFarms calling on hosting service Cloudflare to drop Kiwi Farms. Sorrenti’s campaign came on the heels of an incident in which Sorrenti was swatted by London police.

Sorrenti, whose Twitch name is Keffals, became the focus of certain forums within Kiwi Farms for some time. Some believe that Sorrenti’s motivation for taking down Kiwi Farms is because the site has amassed a collection of potentially incriminating information that could put Sorrenti in legal hot water.

Among other things, forum members criticized Sorrenti for encouraging swatting (despite Sorrenti having recently been swatted as well), and promoting a website that encourages trans people to inject themselves with  DIY hormonal treatments provided by ‘homebrewers,’ individuals who ‘compound the [hormones] themselves.’ The website appears to be run by a friend of Sorrenti’s, Chloe Elselvier Solanders, also known as BobPosting, who allegedly takes pride in ‘pink-pilling’ minors, i.e., secretly providing minors with homemade hormonal concoctions.

Cloudflare initially responded to the take-down campaign by saying that censoring a website is antithetical to the company’s business model.

In defense of its initial refusal to take down Kiwi Farms, Cloudflare pointed to an increase in take-down requests from authoritarian regimes to silence human rights organizations and dissidents after it terminated the Daily Stormer and 8chan in 2017 and 2019, respectively. “In a deeply troubling response, after both terminations we saw a dramatic increase in authoritarian regimes attempting to have us terminate security services for human rights organizations — often citing the language from our own justification back to us.” It continued, “[j]ust as the telephone company doesn’t terminate your line if you say awful, racist, bigoted things, we have concluded in consultation with politicians, policy makers, and experts that turning off security services because we think what you publish is despicable is the wrong policy.”

However, only a few days later, Cloudflare betrayed its own principles due to sustained pressure and finally took down Kiwi Farms. It explained its decision in an updated statement. It claimed that “targeted threats have escalated over the last 48 hours to the point that we believe there is an unprecedented emergency and immediate threat to human life unlike we have previously seen from Kiwifarms or any other customer before,” though it didn’t actually offer evidence of ‘immediate threat to human life.’

A few days after Cloudflare removed Kiwi Farms, the digital library Internet Archive took it a step further and completely scrubbed the site from its archives—a rare move for the site which has the stated mission of ‘universal access to all knowledge.’ In the past, the Internet Archive resisted pressure from governments to remove ‘terrorist’ content, making this move unprecedented. Sorrenti hailed this move saying, ‘We won’ in response to the Cloudflare take-down.*

But Kiwi Farms is not dead, as Sorrenti claims.

The site’s administrator, Joshua “Null” Moon, has swiftly resurrected the site and it can now be accessed via a new temporary URL.

While Kiwi Farms has a checkered history of allegedly condoning harassment and criminal behavior, it is not isolated in these activities (the website insists these allegations are untrue, and to claim otherwise is akin to defamation, it says).

Kiwi Farms is not the only platform with a long-standing history of doxxing, harassment, and abuse. Other popular platforms face the same issues, including Twitter and Facebook. The difference is they are shielded from such takedowns because these tech oligarchs control the information highway and work in lockstep with governments to control the flow of information. And foreign governments know it, too. Between January and June last year, Twitter received a record number of content take-down requests, with 95% of requests coming from Japan, Russia, Turkey, India, and South Korea.

By this logic, should these platforms also be scrubbed from the Internet?

At the end of day, all of this is irrelevant .

Regardless of what anyone thinks of Kiwi Farms, it’s a step in the wrong direction to allow, and even celebrate tech oligarchs who arbitrarily decide what information should be permitted and what should be removed. This creates a dangerous precedent  and assigns more power to a few people who already operate in complete secrecy. It also has the unintended effect of motivating authoritarian regimes, as evidenced above, to demand other content be removed from the Internet—a move that disproportionately impacts marginalized groups and dissidents. To put trust in the tech elite is naive at best, and dangerous at worst.

The removal of Kiwi Farms exposed the power that tech companies hold over the free flow of information. If information can be indiscriminately scrubbed online, what is stopping these oligarchs from removing other content without our knowledge? What is their process for determining what information should be removed? And how much of this process is publicly shared?

With the scrubbing of Kiwi Farms and subsequent media coverage surrounding it, we are being deliberately shielded from necessary information needed to get a more accurate and clear understanding of the story. Right now, we have no way to confirm the validity of certain information that is being disseminated by the media— all we have are personal anecdotes and claims from biased sources. For example, Sorrenti claimed the police held an assault rifle to Sorrenti’s face. This claim was debunked by London police, but not before it was repeated by the media. Any claims of transgressions — both made by Kiwi Farms and by its critics — cannot possibly be proven when critical information is deliberately removed.

Evidence of misconduct or otherwise should be made accessible to all; it should not be left to us to sift through all the available information. In this case, it is made especially difficult when information relevant to this story is actively being scrubbed from the Internet. Archiving information is critical to preserving data, protecting the authenticity of information, and providing an objective tool to gather information from as many viewpoints as possible. We cannot reasonably rely on any one source to accurately relay information to us, and we risk completely altering history if we depend on one source alone. Taking down information also creates a chilling effect in which users may subconsciously self-censor themselves to avoid backlash or risk getting banned themselves.

The moment the Internet Archive removed Kiwi Farms was the final nail in the coffin confirming the Internet is no longer a neutral place.

We must acknowledge that taking down a website will not stop doxxing, harassment, or dangerous behavior. Kiwi Farms is already back up and running, and thanks to the relentless media coverage, people who wouldn’t otherwise have heard of Kiwi Farms now know about it, and many no doubt are more curious than ever.

*Plebity has emailed the Internet Archive asking their reasons for removing Kiwi Farms from their site. We have not yet received a reply. 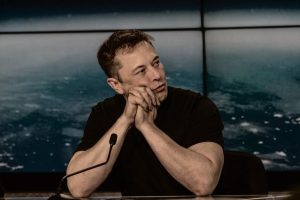 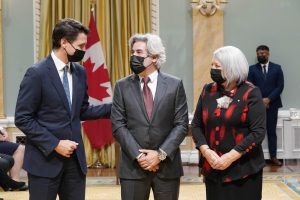